Flying back from Hong Kong to London Heathrow we had a little surprise prior to checking in online- We had been upgraded to World Traveller Plus –  British Airways’ new premium economy. My husband is a bronze member of Avios and economy looked full, which is likely the reason we were chosen.  Despite being upgraded, there were still some spare seats in the new World Traveller Plus cabin – making it feel even more spacious.

They have been busy refitting their new cabin across the fleet, with all the A380’s already completed.  Our outbound flight was in economy on the A380. This time we were flying in a B777-300.

Boarding was swift and effortless from Hong Kong – with a separate line for families with young children and infants. My youngest was fast asleep due to the 23:45 departure so we were ushered forward immediately to board.

The cabin is laid out in a 2-4-2 configuration immediately behind Club World. As it begins by the emergency exit, there are just the two bassinet positions at 21DE and 21FG. 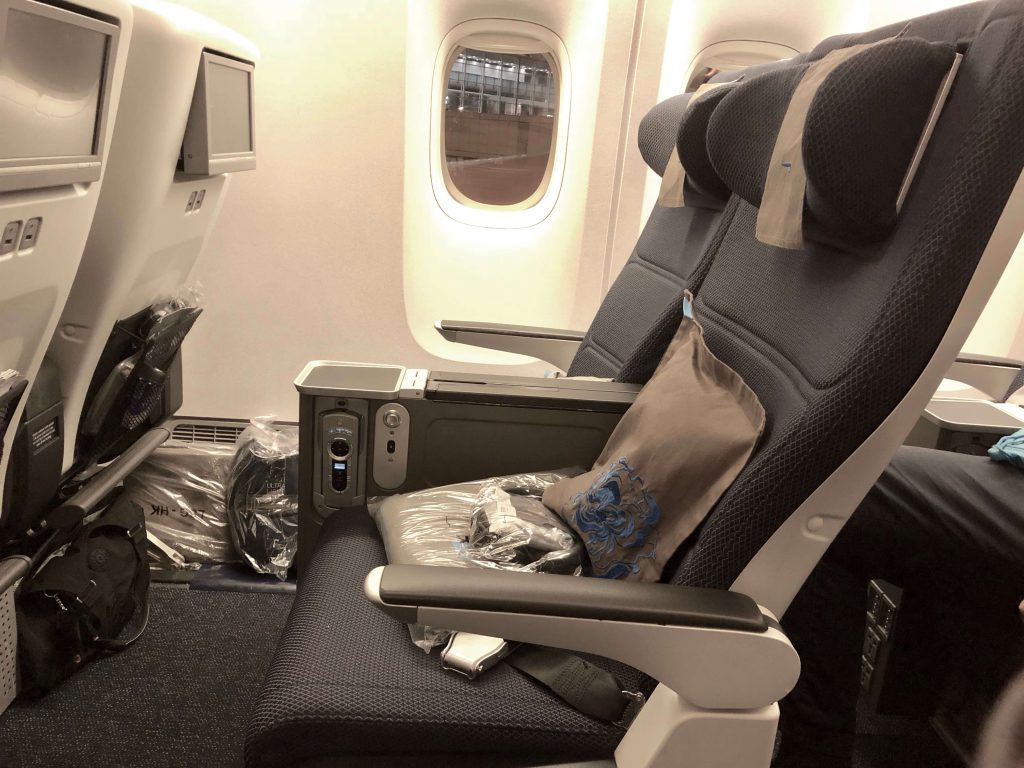 The new World Traveller Plus Seat

A more luxurious square pillow with a cotton cover is on your seat, a blanket, plus noise cancelling headsets with a separate amenities kits; socks, eyeshades, a pen, toothbrush kit and earplugs. This kit used to be available to all of economy but is now purely for World Traveller Plus. 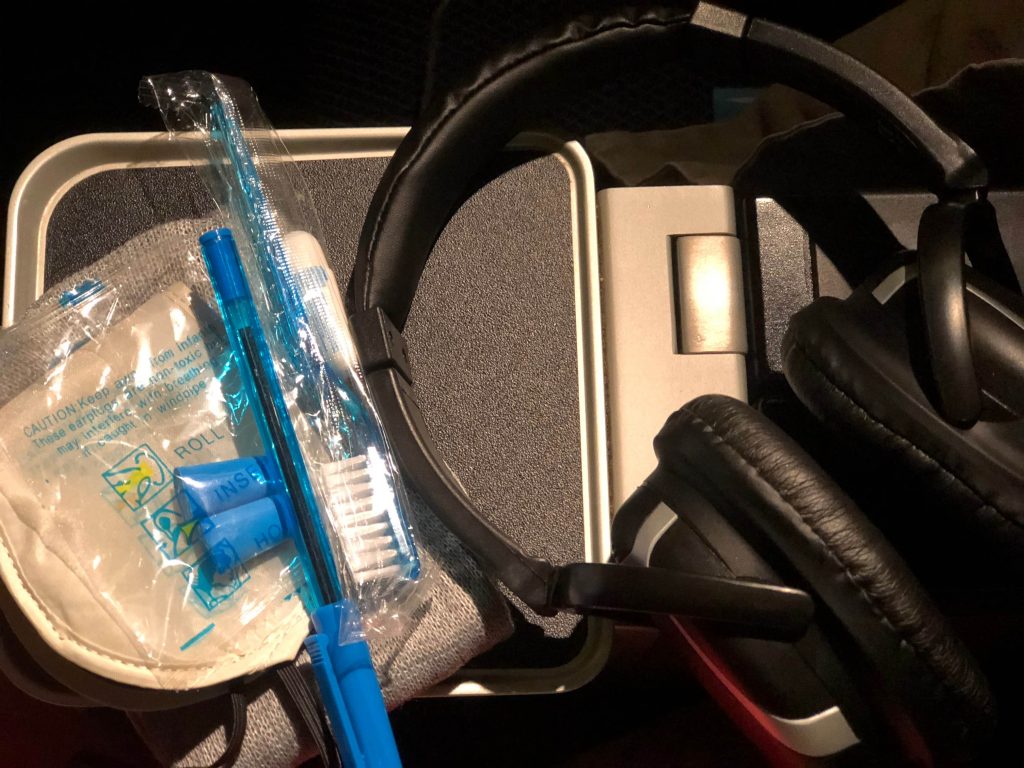 This new seat reclines further and now has a separate adjustable footrest (unless you are in the front row in which case it’s similar to the previous product. 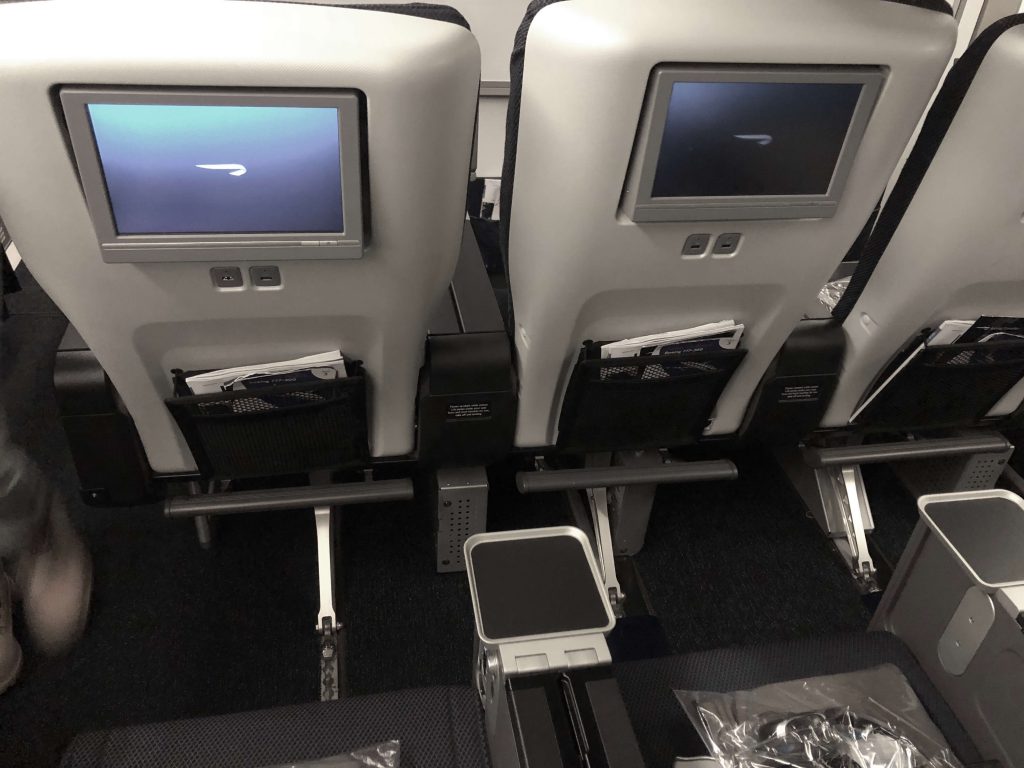 Armrests are rigid as they contain the tray-table as standard.

The seat now has 2 USB ports per seat below the TV screen (below  the armrest if you are sitting in the front row.) Beneath the square cocktail tables are 2 seat power sockets and RCA ports. 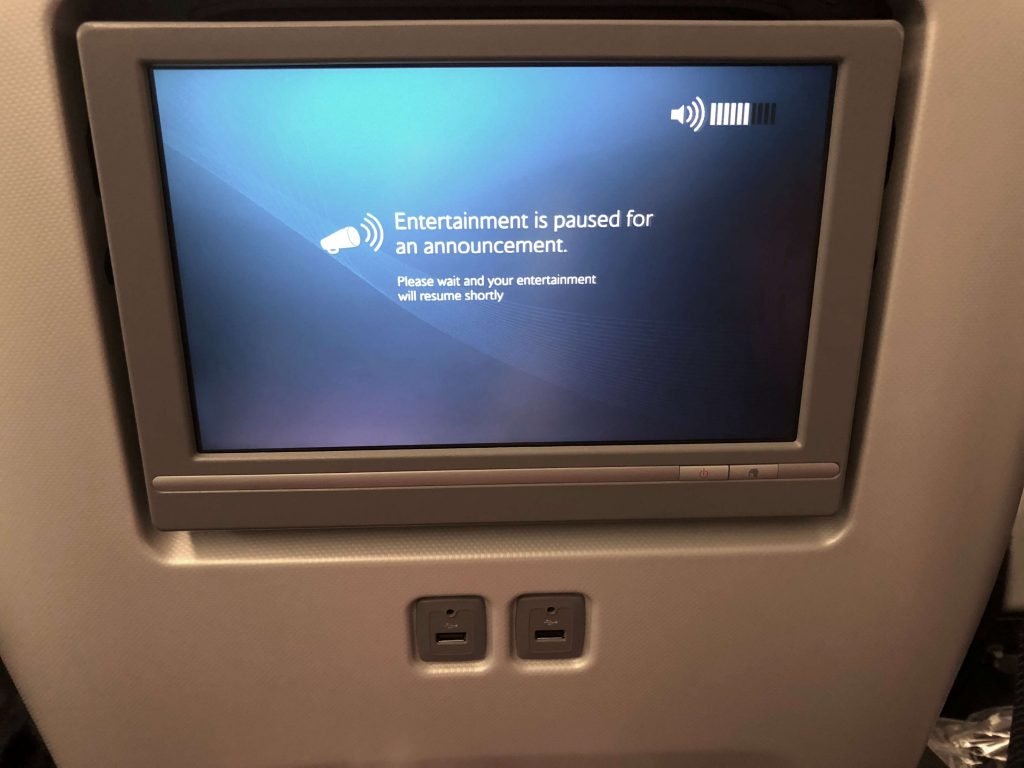 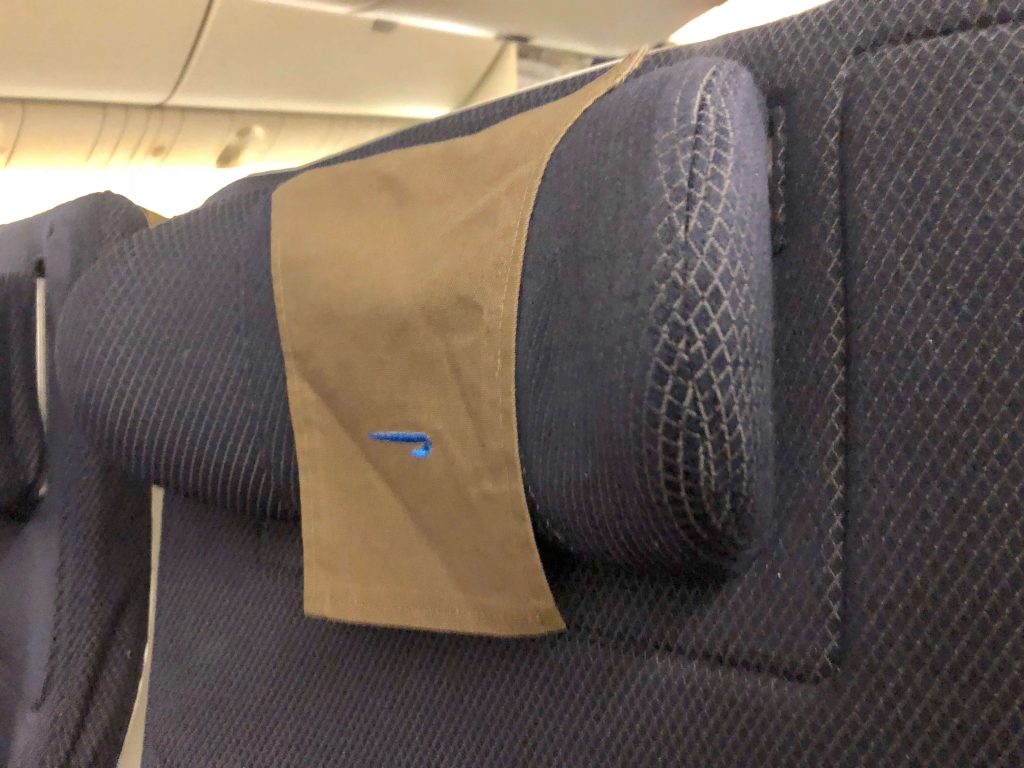 The headrest has fixed sidewings but the height is adjustable. I am 5’6”, so the lowest setting was perfect for me.

The footrest is also adjustable and actually stays in position – even if pushed on. By moving it fully down you can position it to your ideal height. However, storage space under the seat is limited with only a small bag fitting underneath but this seems a minor inconvenience for the upgrade to the seat. 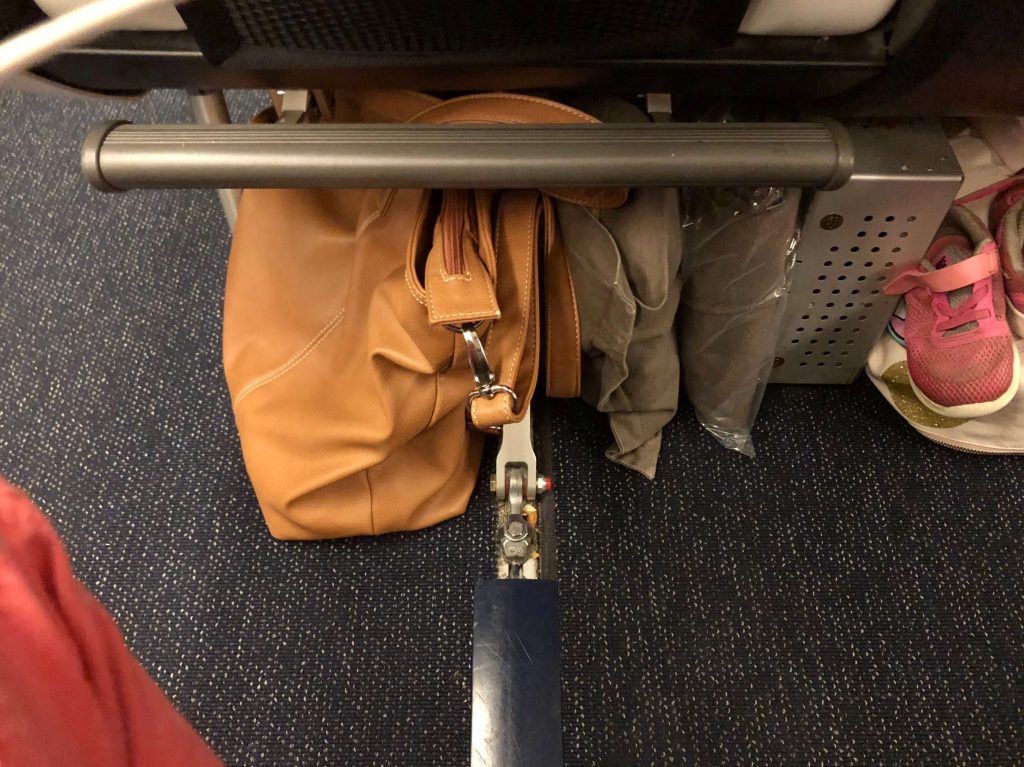 Reclining the seat took some effort. It could be that it fairly new and just stuff but I really had to apply some strength to the seat back and the button to get it to recline. The same applies to restoring it to the upright position. I noticed others struggling too.

Service in World Traveller Plus

Service began with boarding and newspapers with a selection of water, orange or sparkling wine offered. Menus, landing cards and hot towels were also handed out. The dinner menu consisted of a choice of pan fried  duck breast or Malaysian style halibut with a desert of pineapple crumble. 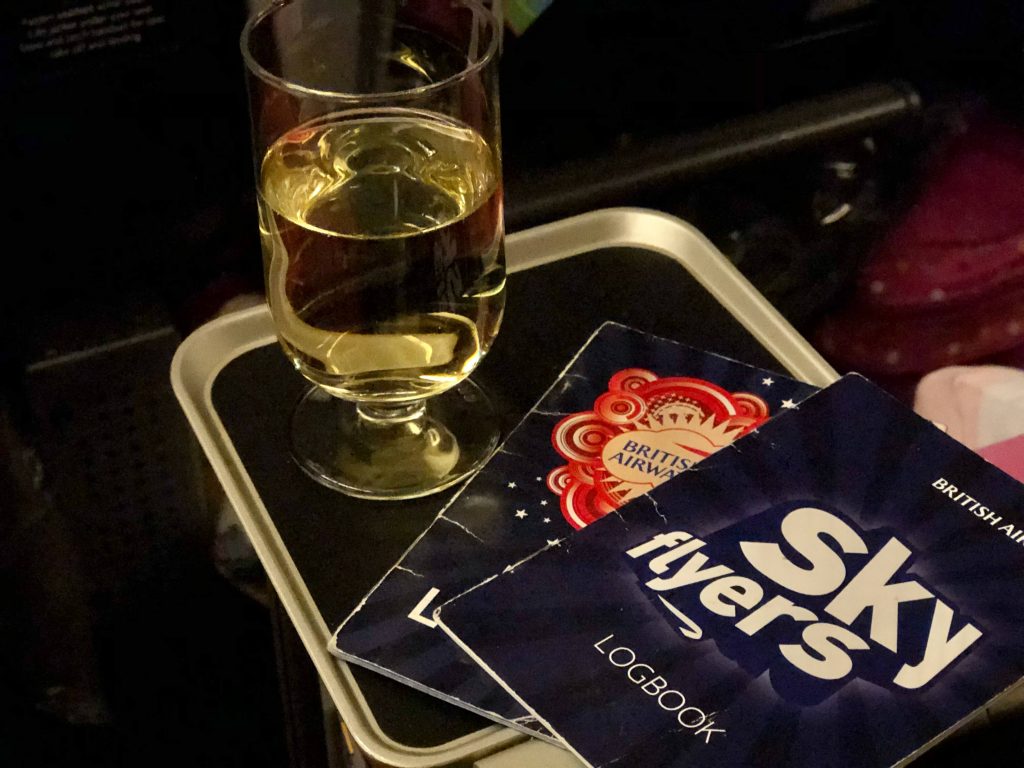 After take-off a selection of drinks from the bar cart were offered,  followed by the meal service. As it was such a late departure none of us wanted to eat a full meal. From what I can see, the majority of passengers refused or were fast asleep. 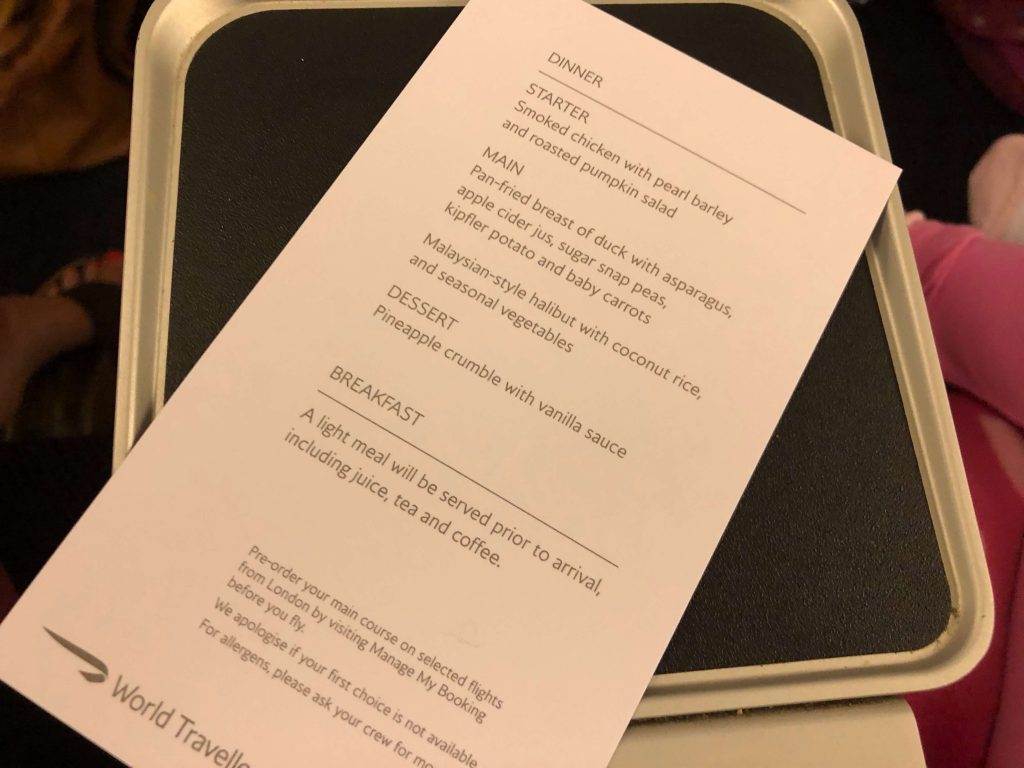 Breakfast was a decent affair with the option of a full English breakfast or omelette with sautéed potatoes and baked beans with a muffin and juice. The kids’ meal was scrambled eggs, baked beans and a patty accompanied by a yoghurt and a muffin.

In-flight entertainment in World Traveller Plus

The inflight entertainment system has all the bells and whistles we come to expect now and even a separate section for teens. It can be operated by touchscreen or by the remote in the seat.

The kids’ zone has a selection of audio stories, TV games, and music to choose from. I was suitably impressed with the great TV selection including CBeebies, Justice League, Horrible Histories, My Little Pony, Peppa Pig, Star Wars Rebel’s etc. 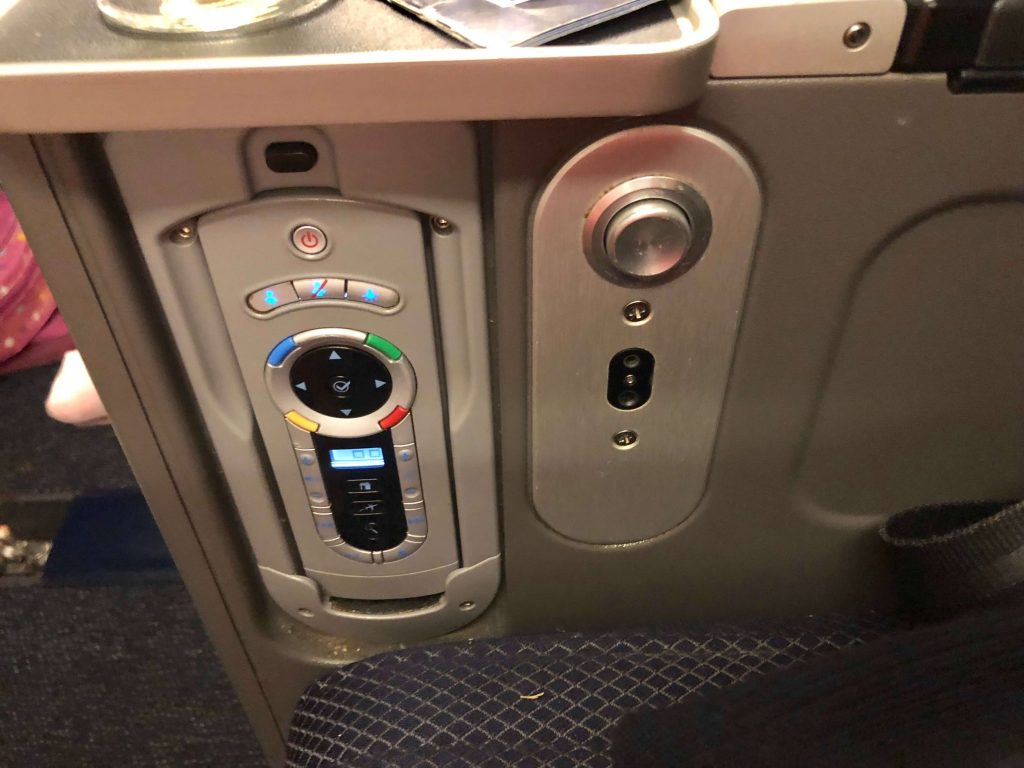 For grown ups, there is a wide selection too.  The option to connect your own device  to the screen and view your own pictures via USB or movies via RCA was a nice touch too.  Be aware there is also a chat function available where you can chat seat to  seat or in a chat room both privately and publicly. 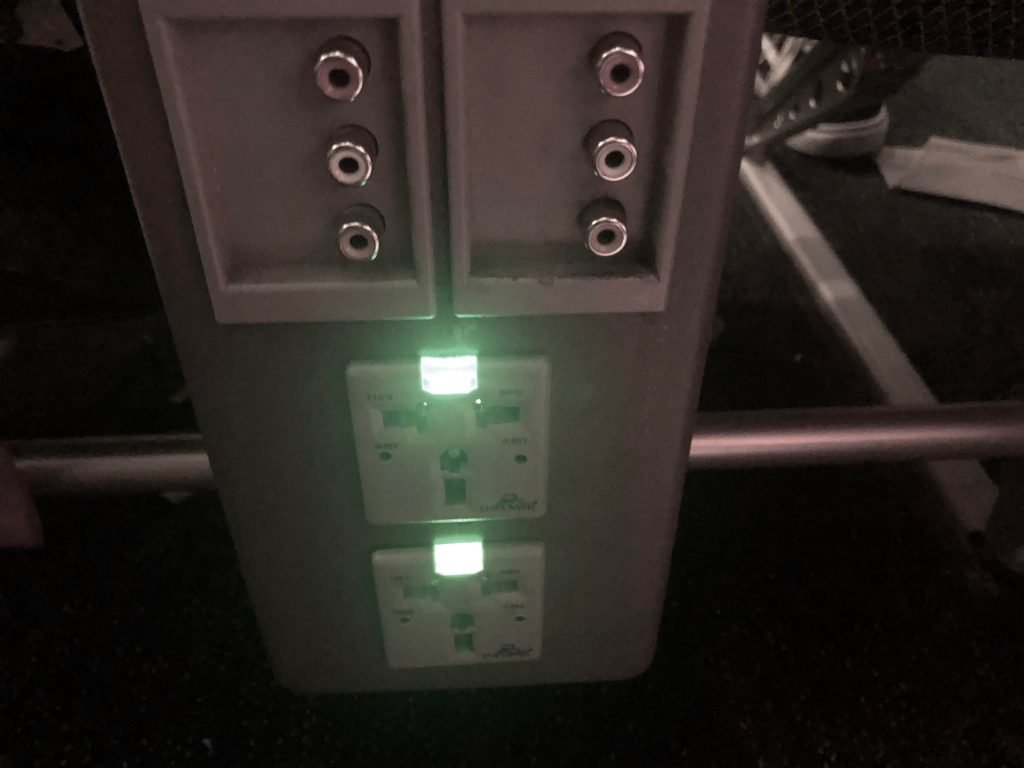 WiFi was meant to be available on our flight but I couldn’t access it. It is free for the first hour. I did look for some information about it in the seat pocket and High Life in flight magazine, but if it wasn’t for the Cabin Service Director mentioning it was available, I wouldn’t have known.

The economy toilets have more room in certain ones. This one (facing nearest the windows in the middle of the cabin) had plenty of room to take a toddler in to change. The loo’s facing the centre, had a pull down changing seat for grownups wanting to freshen up too. 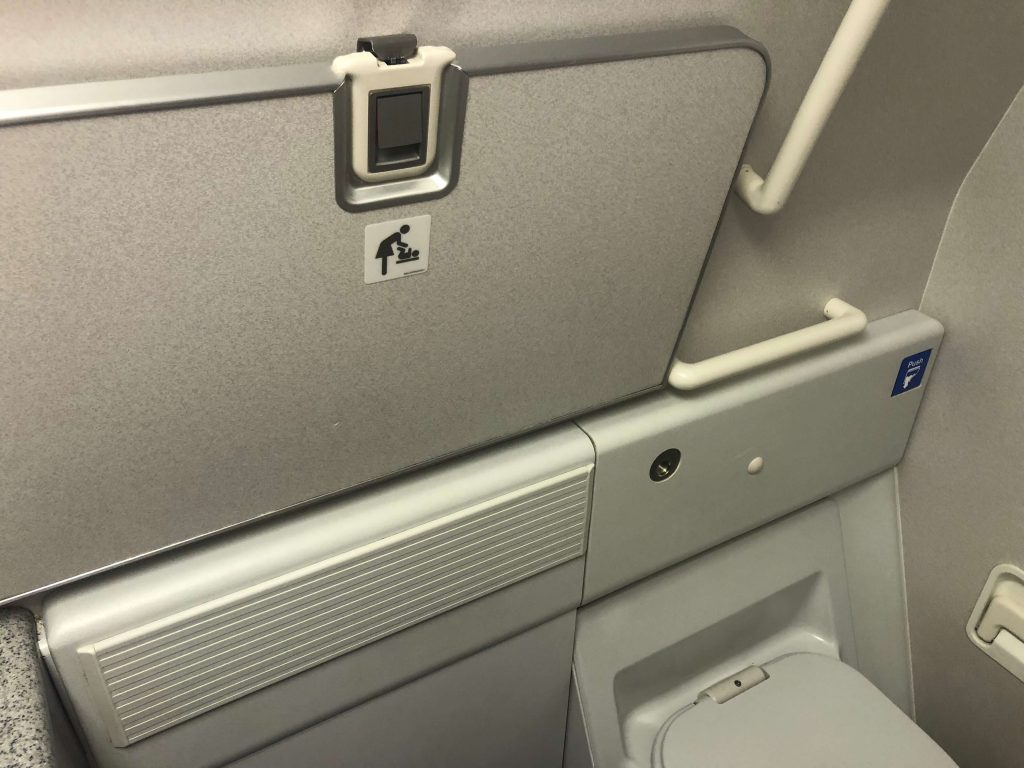 For more of my reviews on various British Airways facilities, see here. Or for the Club World review see here

Pin this for later? 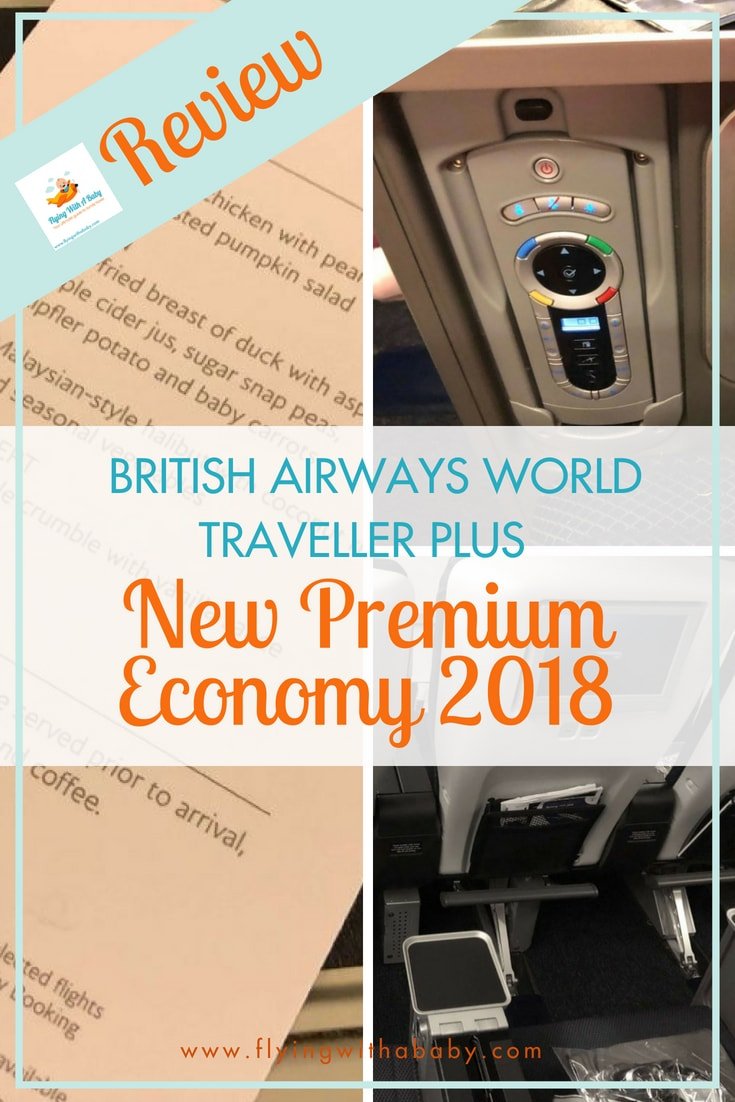 Carrie Bradley is a passionate and experienced enthusiast of airline and family travel. She has over 12 years flying experience as a flight attendant to over 60 destinations. "Since becoming parents to two little girls, we've flown extensively as a family; predominately as we have close family in Australia and because we love to explore. Our eldest has completed over 80 flights and the younger one is catching up! I hope our travelling experiences, knowledge and research help make your trip, day out or experience worry free and easier too. Whether you are heading to a theme park, camping, flying for the first time or heading off on a beach or city break with kids, this site has you covered for inspiration, tips and practical family travel information all around the world!"

Join the Flying With a Baby mailing list to keep up to date with all the news and information about family travel. Click here to fill in your details.