By Helen P
Paradise Wildlife Park  is situated in Broxbourne, Hertfordshire. We (Mum, Dad, and Isla, 4) arrived at Paradise Wildlife Park shortly after opening on the last Sunday in November. There was plenty of space in the main car park which is right next to the entrance and toilets.
The park has a great selection of animals, ranging from lots of big cats (including snow leopards which I haven’t seen before), reptiles (biggest boa I have ever seen), penguins, zebras, camels, birds and farmyard staples. 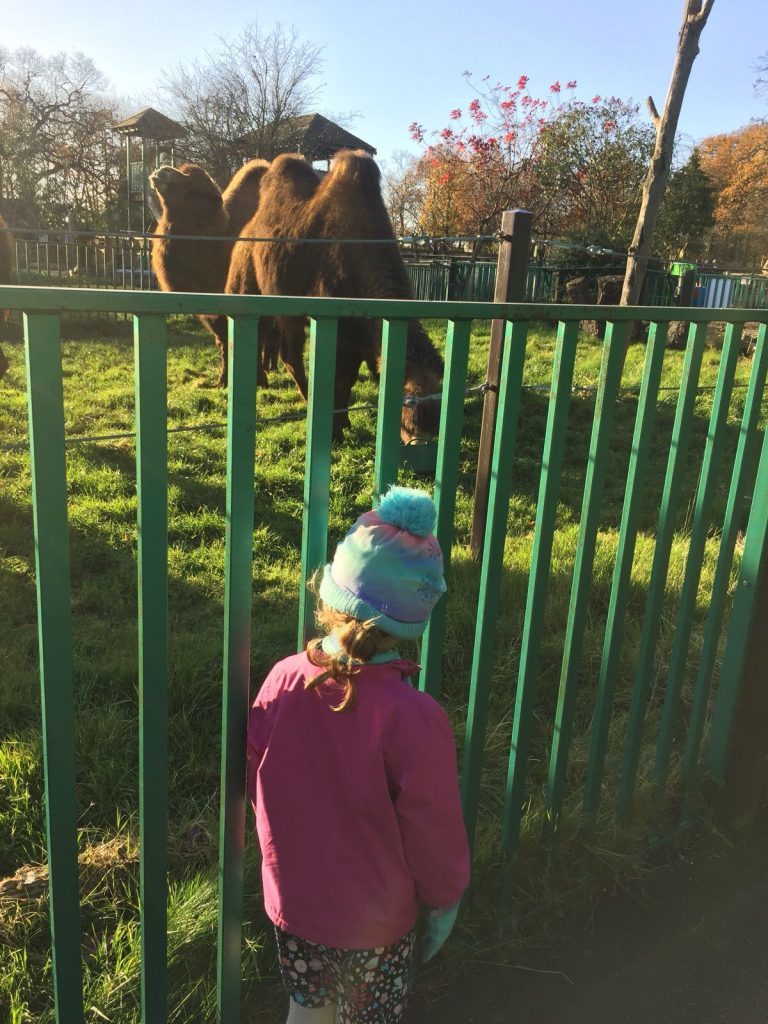 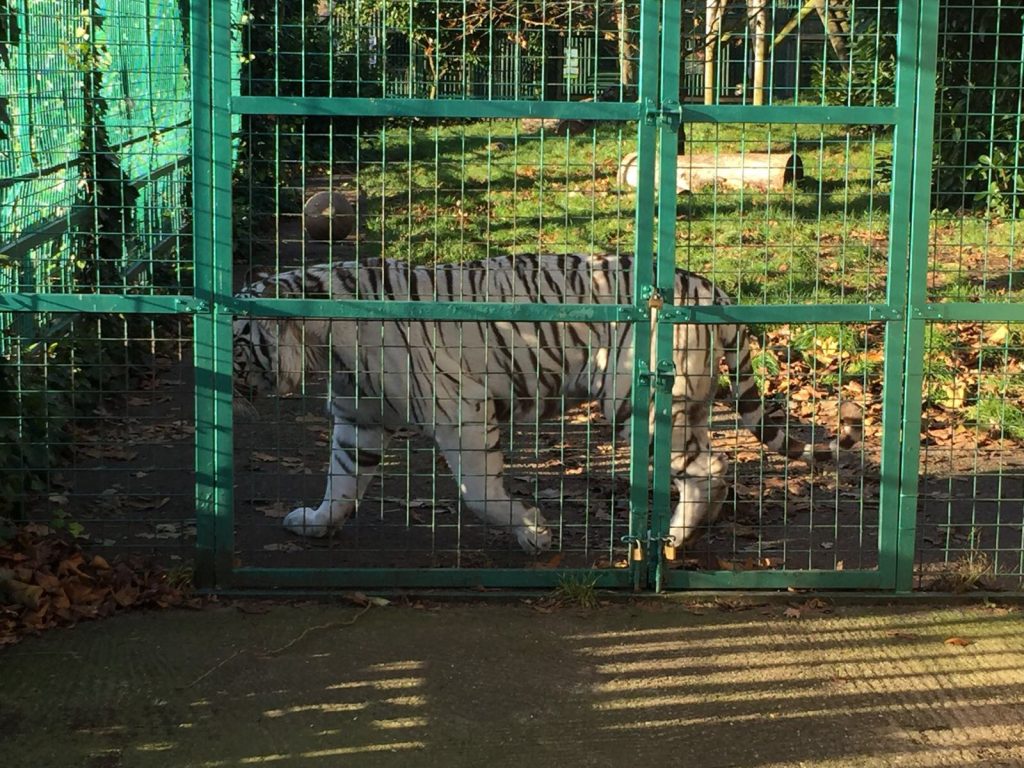 My favourite part was the white tiger; massive, fluffy and completely mesmerising. Isla loved the massive camels (‘but why does Alice have 5 humps Mummy?’) and the numerous playgrounds (she was a pirate, firefighter and train driver all in the space of about 5mins), some of which were undercover. The playgrounds consist of Funland – a space where kids can play on diggers or the Lego pit; Adventure Land- a wooden assault course: Fantasyland – a smaller play area where the fire engine, caravan, etc is. They even had a dedicated playground – the Discover and Learn Play Area, which is adapted for wheelchair users, something I haven’t seen at other places. To escape from the cold- there is a tropical rainforest teaming with primates. 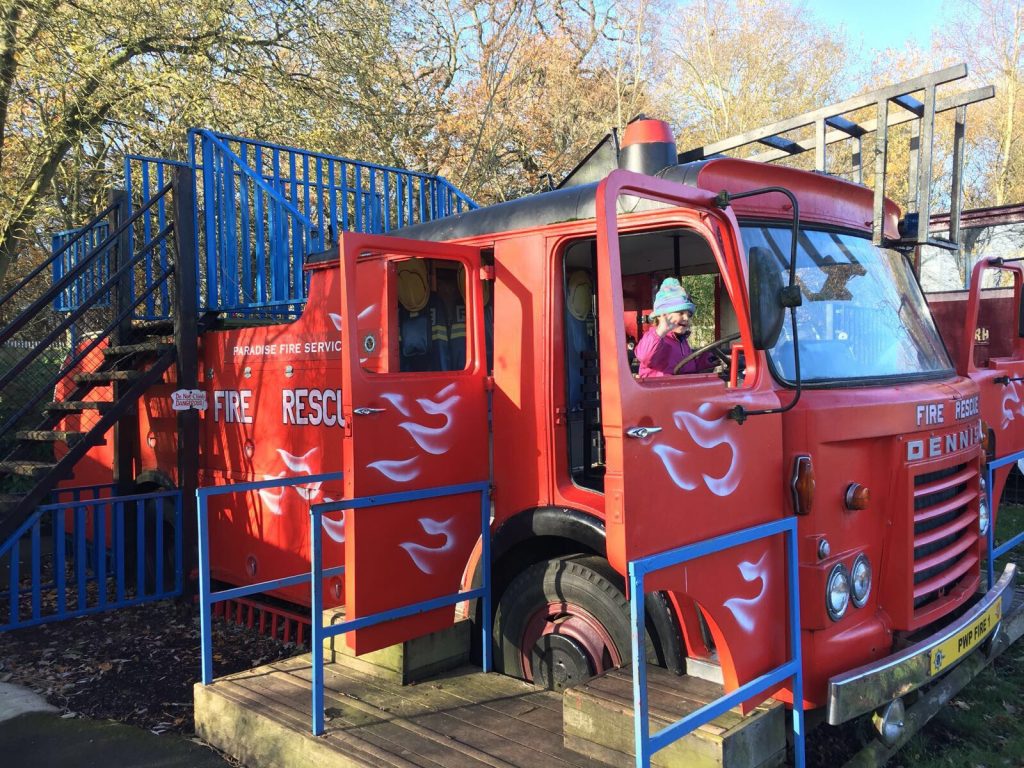 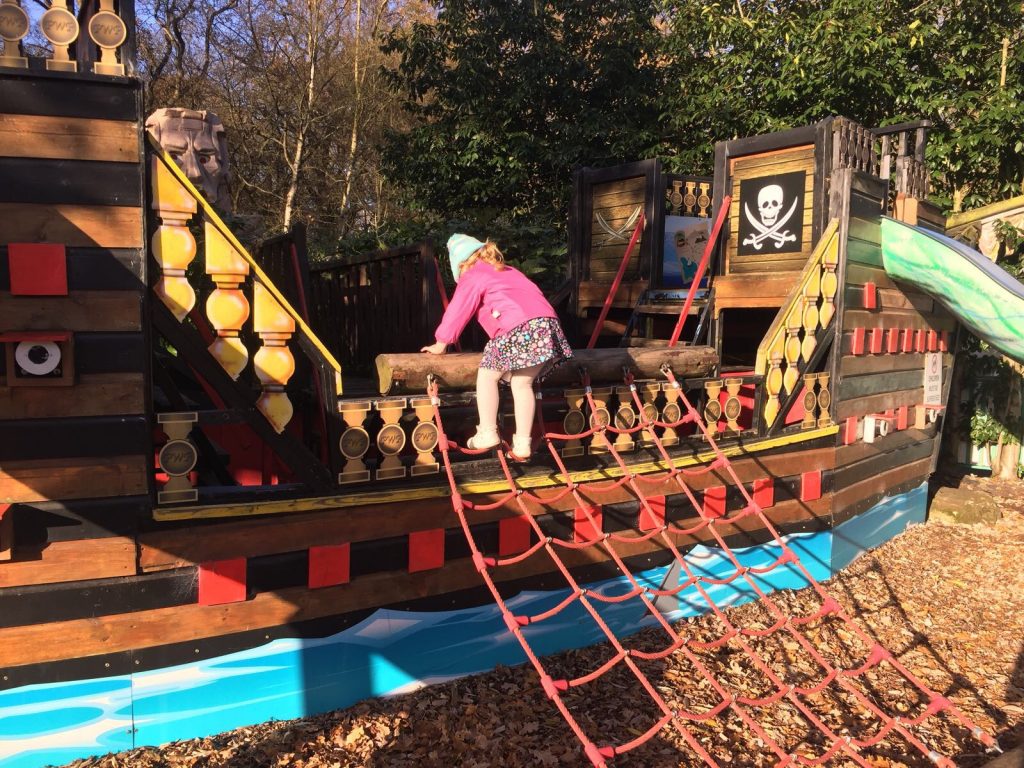 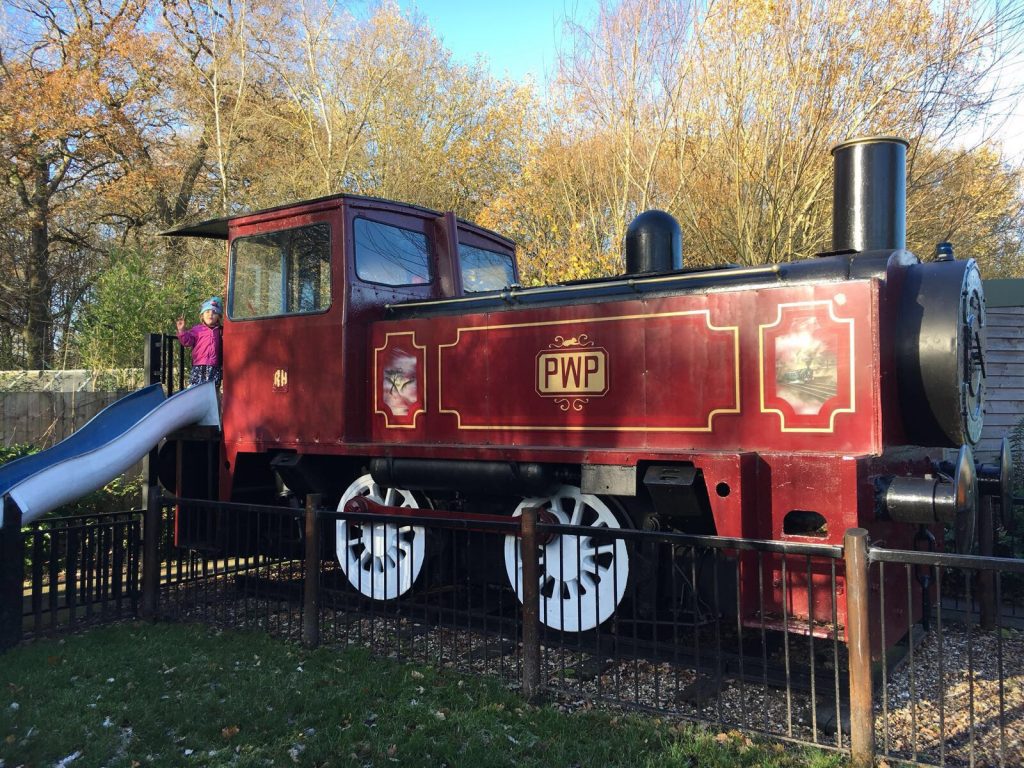 Some bits of the park were a bit tired but nothing more than everywhere else I’ve visited, but it was clear there is lots of upgrading and new investment going on – bits that had been recently completed looked amazing. A World Of DInosaurs is currently being built too!
Most of the refreshment places here closed but we headed into Sams Diner to warm up. There was a great selection of drinks, snacks, and meals -all the usual fast food options but a healthier lunchbox sandwich option for children.
The park wasn’t very busy (most sensible people were probably at home with hot water bottles and red wine) so we had a personal train ride on the Woodland Railway with the lovely driver. He managed our expectations well due to the building work going on and (as mentioned earlier) explained how more dinosaurs would be arriving shortly. It didn’t matter- it was still lots of fun and we got excellent views of the European wolves and reindeer. (Edit: The Woodland Railway is currently closed from December 1st due to maintenance and development work.) 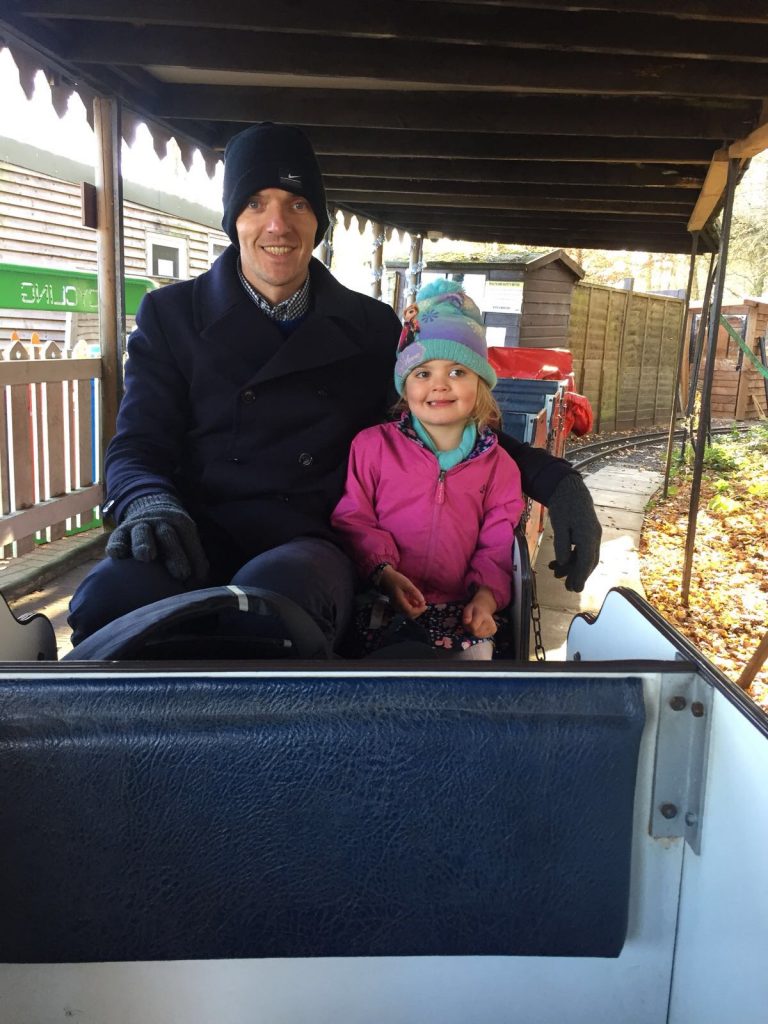 The site was compact but that made it easier to get around and stopped Isla getting bored with long walks between things. That said I felt the animal enclosures were a good size, well maintained and you could tell the care the keepers took with their wards. 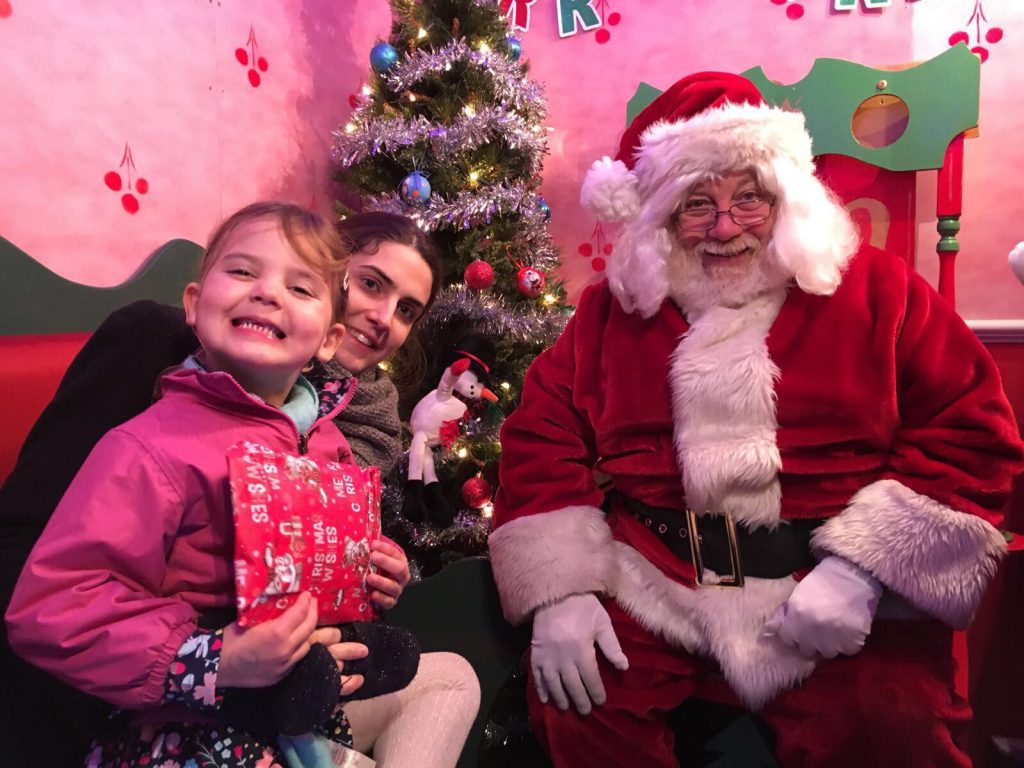 Being the end of November we also stopped off to see Santa (queue meltdown who has this year decided he was scary again). After a bit of bribery (‘if you down tell him what you want how will you get any presents’) we met a lovely authentic Santa and his elf- both of which were lovely with Isla. She came away with an inflatable dolphin and an activity pack of stationary. It was well worth the £4.50 to get us in the warm for 10 minutes. My only gripe would be Santa’s comment that daddy must have introduced her to the Lego she requested (the feminist inside me was screaming ‘it was me!’) 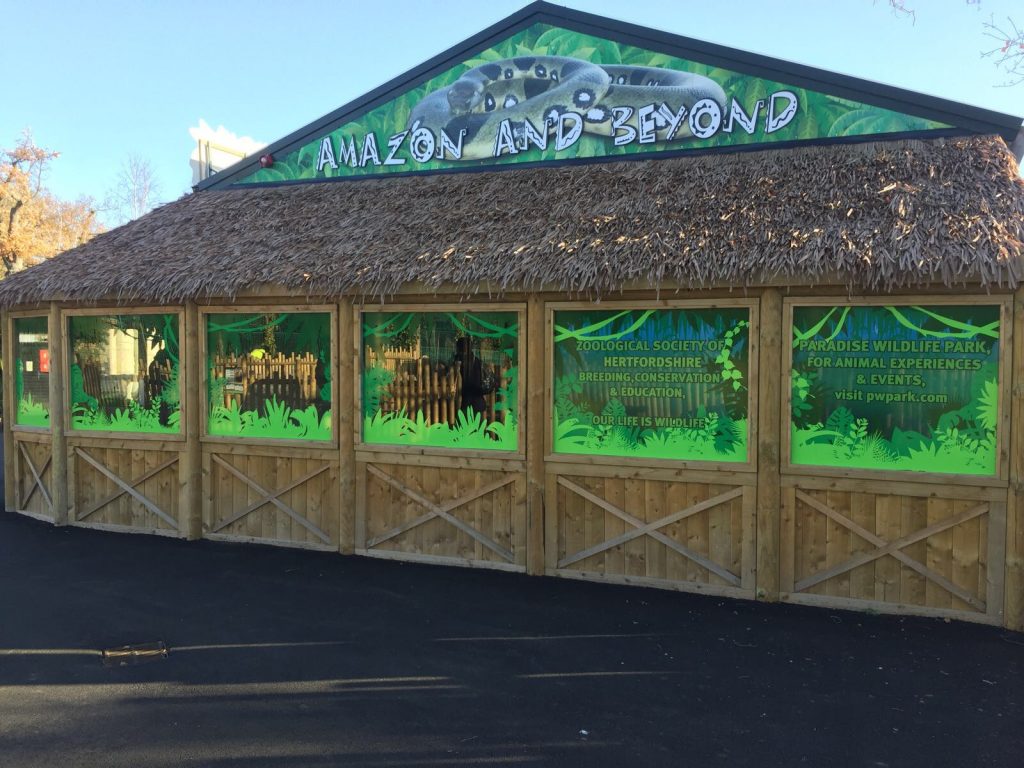 We are regular Whipsnade visitors but we will definitely be back to Paradise in the new year (and warmer weather). Despite our many layers of clothing, we were so cold we all had to have baths when we got home. However, it was good to have an attraction that doesn’t close over winter. See you in the spring time!
If you are heading to the Lincolnshire Area- you may like to visit Grimsthrope Castle which also has a fabulous adventure playground?
Disclosure: We were given complimentary entry tickets in return for an honest review. All opinions are my own and of my 4-year-old’s!
Pin for later? 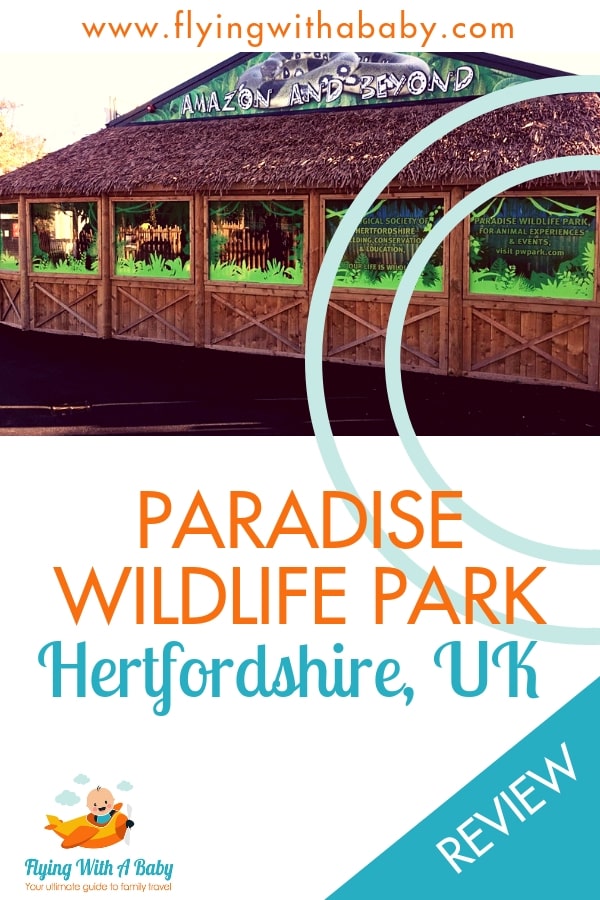 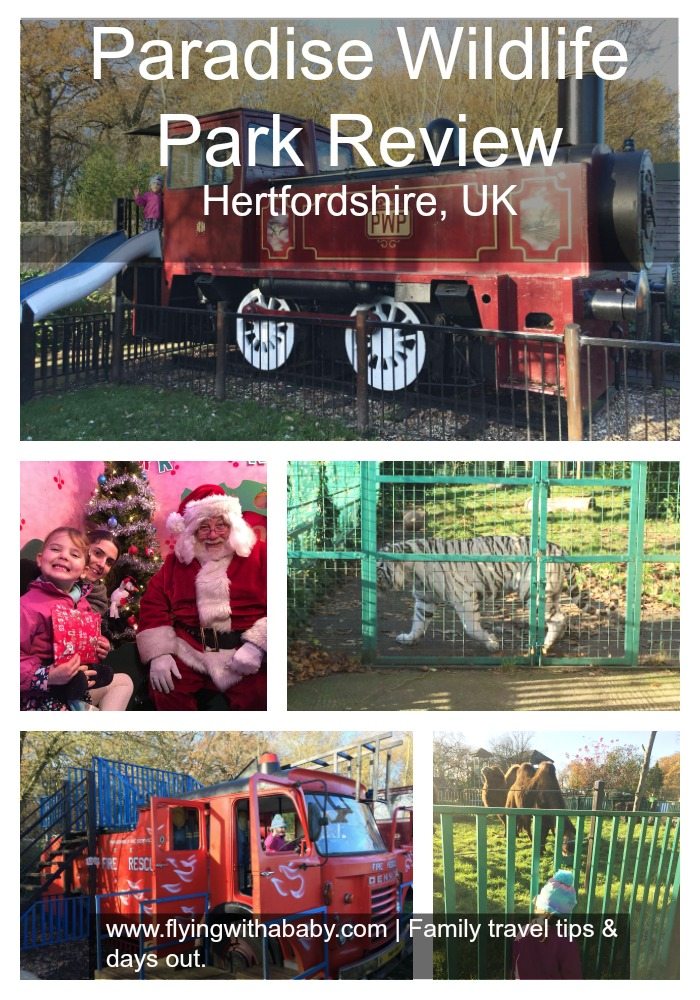