I’ve never been on a small group tour before. On a recent press trip with Bookings For You to the luxury villa in Tuscany – Le Cappane, near Volterra, we had the opportunity to explore Florence with LivItaly Tours. LivItaly offer a wide range of tours in Italy for adults and families; including Rome, Pompeii, Venice and Florence.  Despite it being a cold, rainy day in March. I was eager to explore Florence especially considering my sadly lacking knowledge of the area.

Coincidentally, Florence is a name passed down in family for several generations and that combined with a recent watching of Netflix’s Medici, made me incredibly keen to learn more about the city for myself and to find out what is available in Florence for kids. 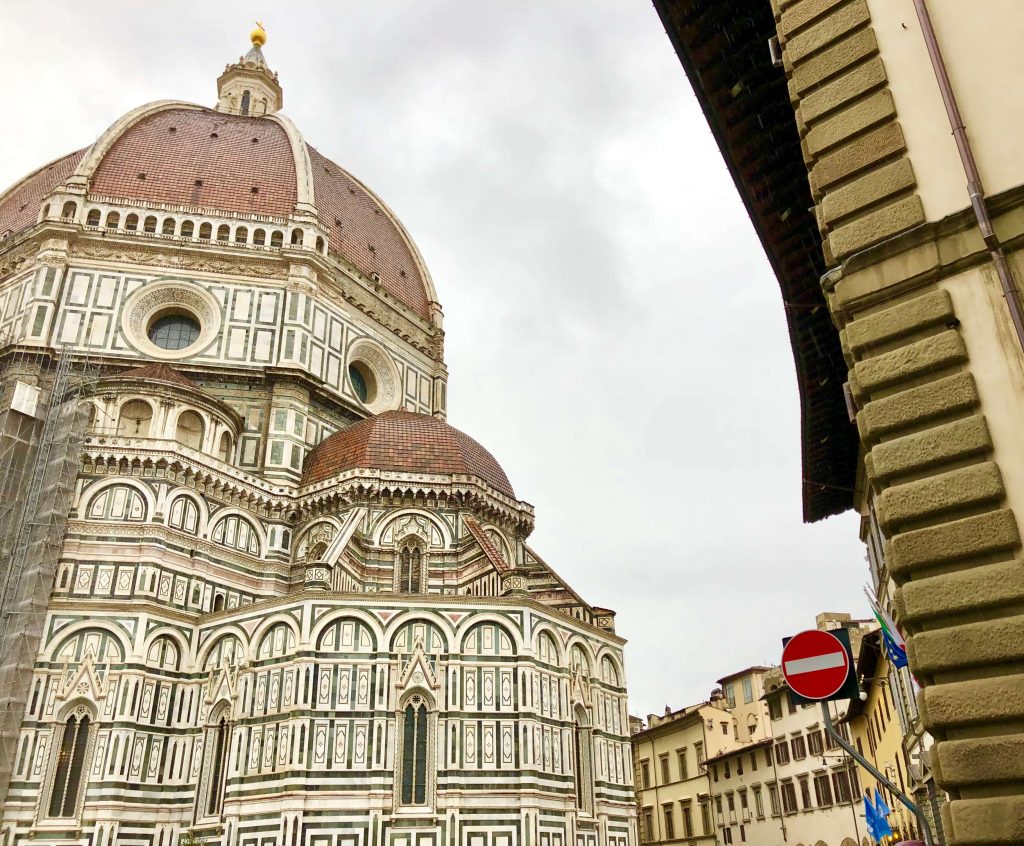 LivItaly’s Florence Small Group Walking Tour is ideal for families with older teens studying or kids with an interest classics, history or art. Tour groups have a maximum of 6 – guaranteeing a personal touch. There is no need for microphones or earphones because of the small group size. Our 2 hour walking tour of David and Duomo  began outside the Uffizi where you learn about the formation and growth of Florence from Roman times. 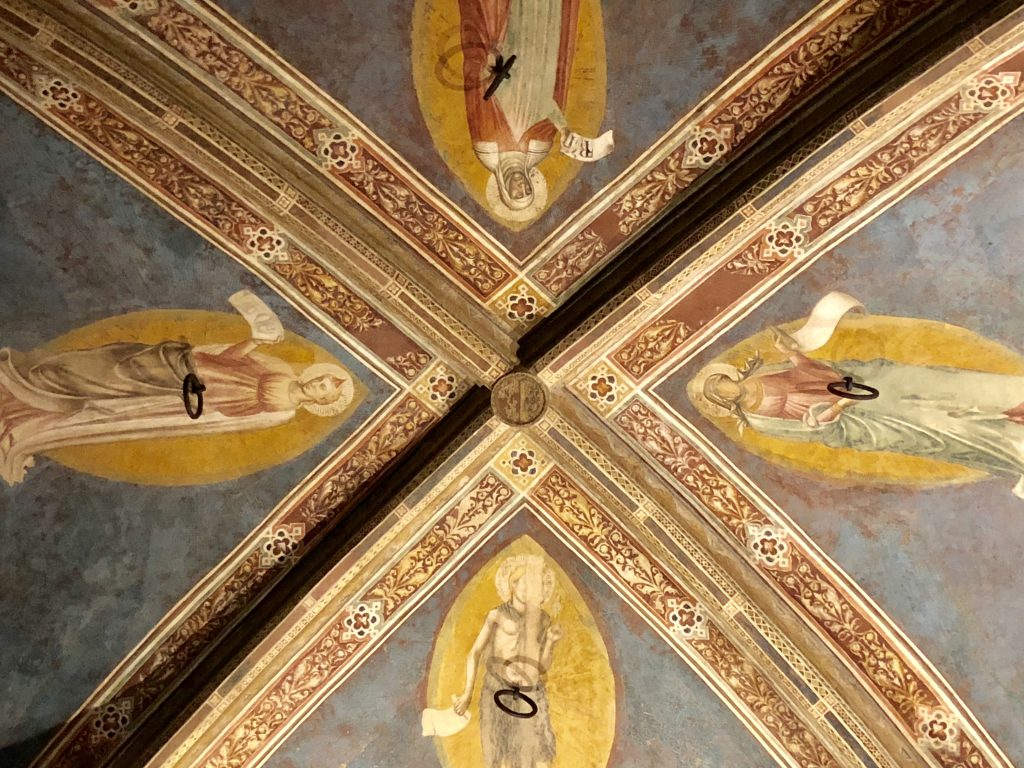 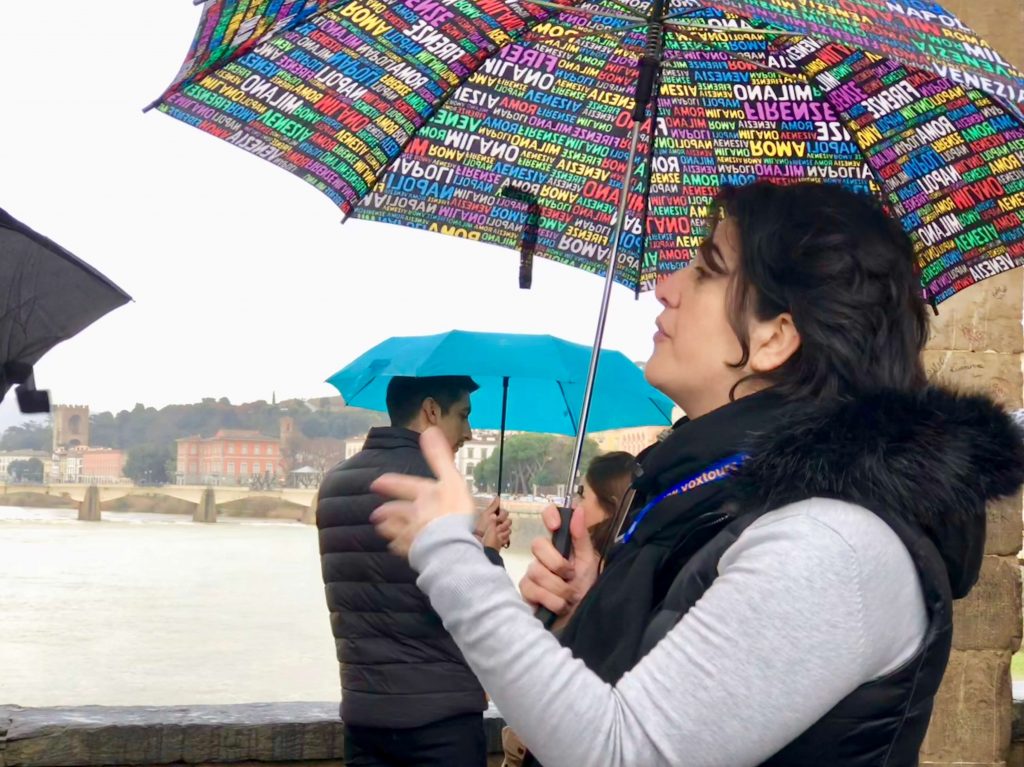 From there, the tours progressed across the medieval Ponte Vecchio, where we admired the view of the River Arno and could see medieval passageways and walkways for the rich to escape walking in the medieval dirt and sewage of the day. Our very knowledgable guide highlighted how Tuscany was an independent state once ruled by the Medici – a prominent banking family for nearly 300 years. The tour also incorporates the famous Il Duomo – aka Florence Cathedral (Cattedrale di Santa Maria del Fiore) and culminates in the viewing the statue of David. 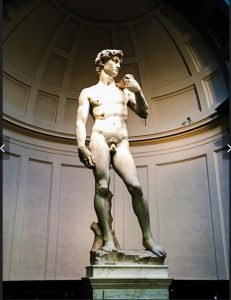 The famous statue of David – thanks to Karen at Mini Travellers 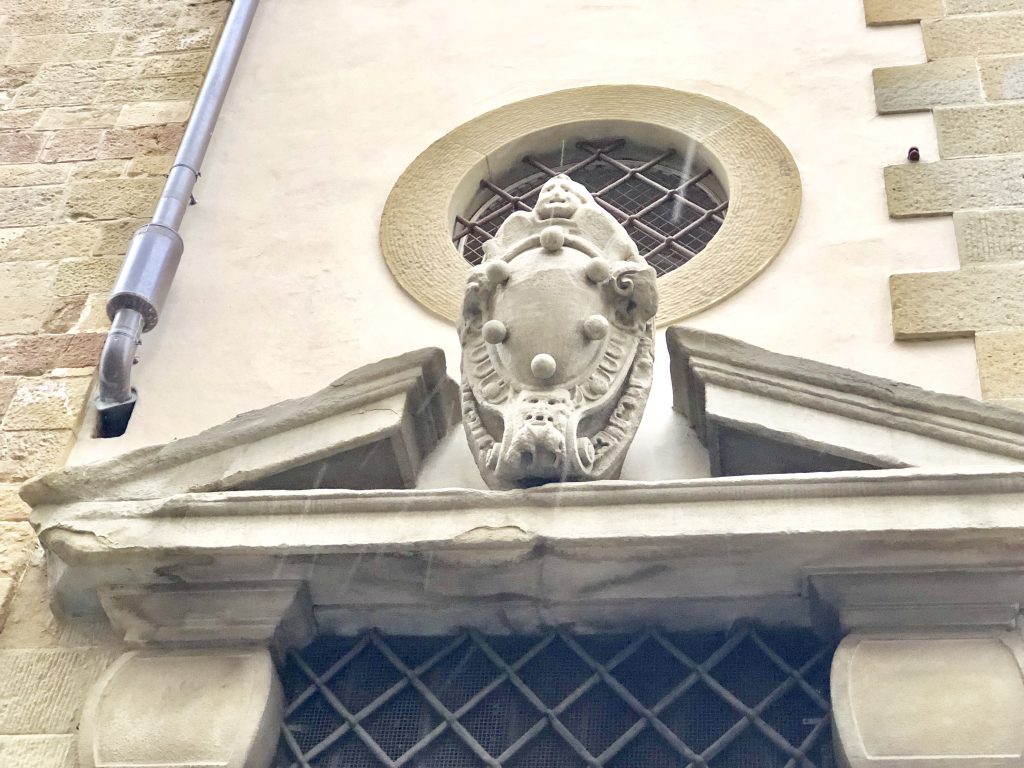 The Medici balls – a symbol of the Medici family 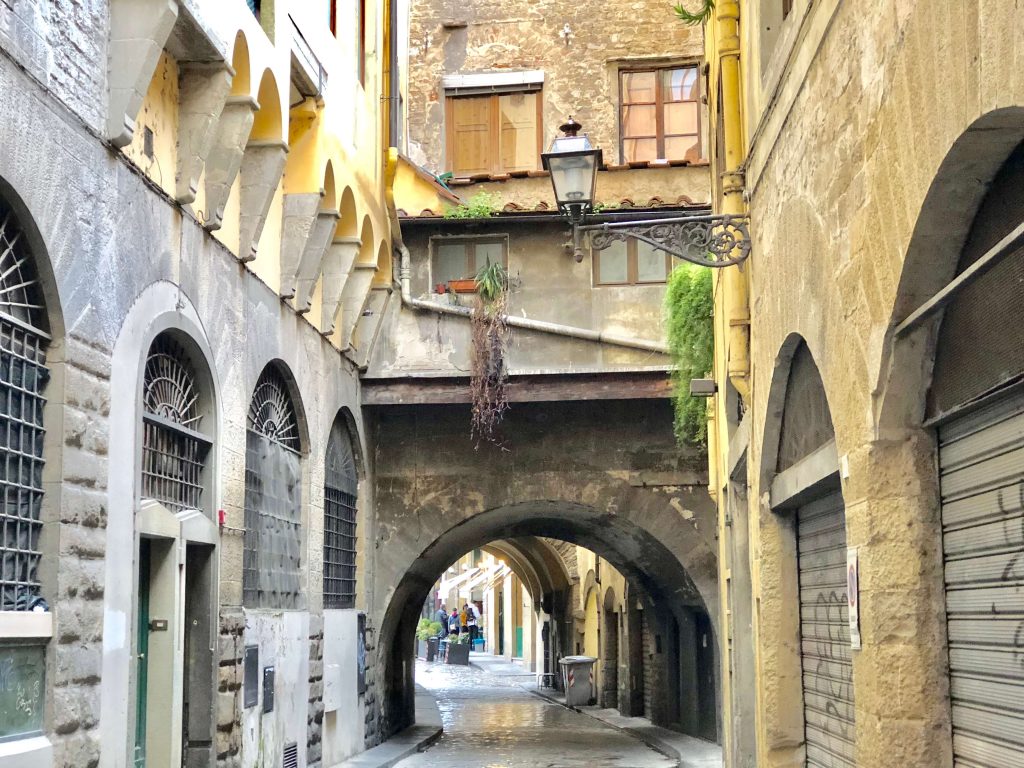 The guide is very happy to show you different things if you have explored them already – so you get an experience which is tailored to your needs.  What made this tour was the titbits of information that you may not know. e.g the meaning of the statue of  Perseus and the Medusa in the  Piazza della Signoria – (Clue a not so subtle hint to demonstrate the Medici power and what would happen to those who offended them.) 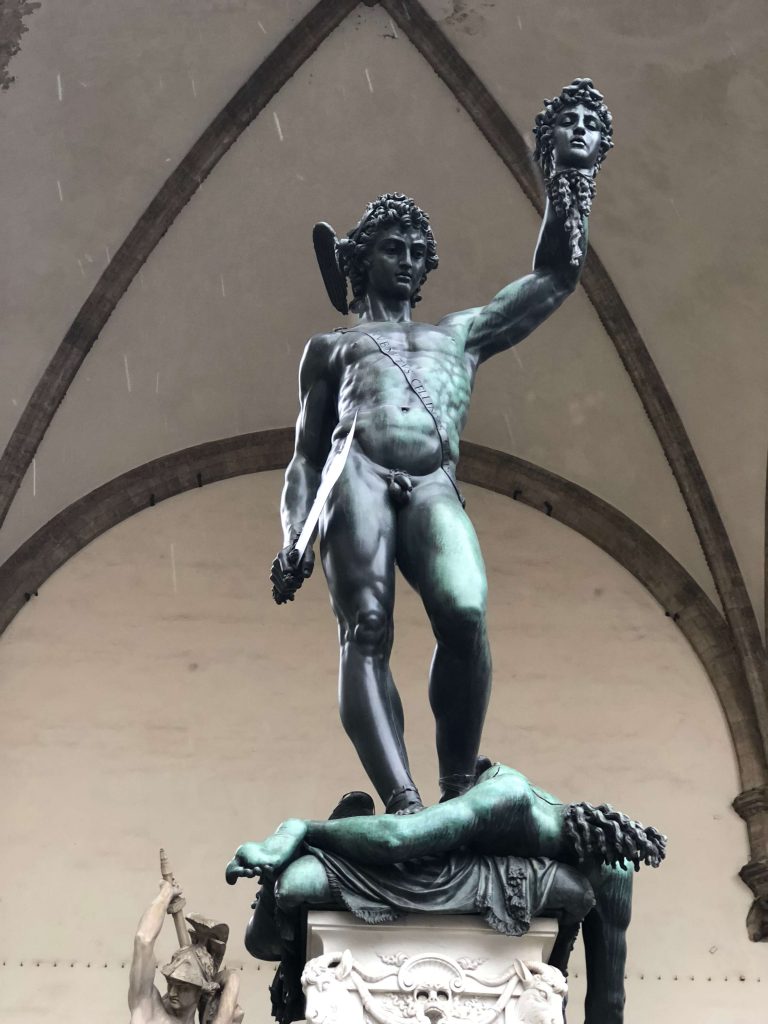 My experience was a slow paced tour, which was easily walkable and  packed with historical sites with plenty of information about the growth of Florence and it’s rise to power from its founding by the Romans to present day. For history and art buffs it’s a must.

If you have younger children, this can be tailored a little more for their needs. 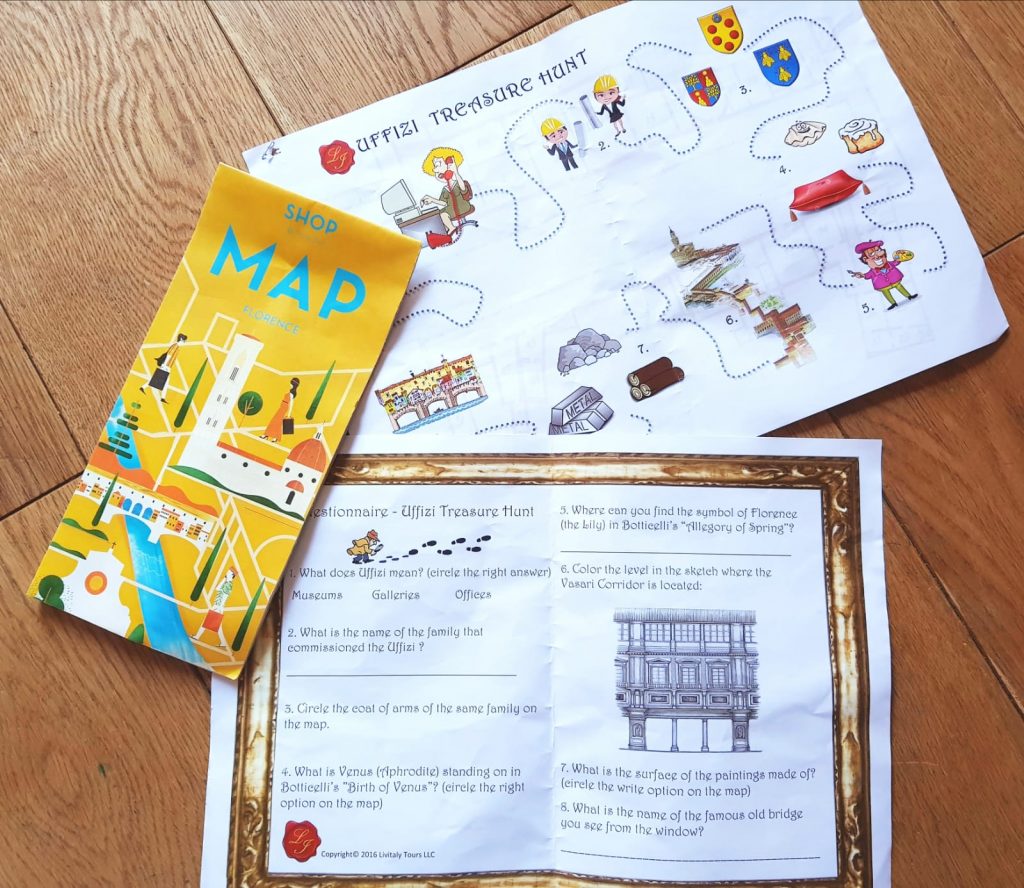 There are a couple of tours more suited for younger children. Some of the fellow family travel bloggers including Daisy from Dais Like These, experienced the LivItaly Uffizi Treasure Hunt Tour. With this tour, kids can learn about the Italian Renaissance in Florence with help from a scavenger hunt treasure map.
With direct access to galleries  and no waiting on lines for tickets, kids won’t have time to get fidgety or impatient. Each child receives a Treasure Hunt map, a questionnaire and colorful pens in a LivItaly bag as they work with the guide to find the 500 year old symbols, signs and clues. All of this is done in an age appropriate and fun way. Read these recent reviews too. 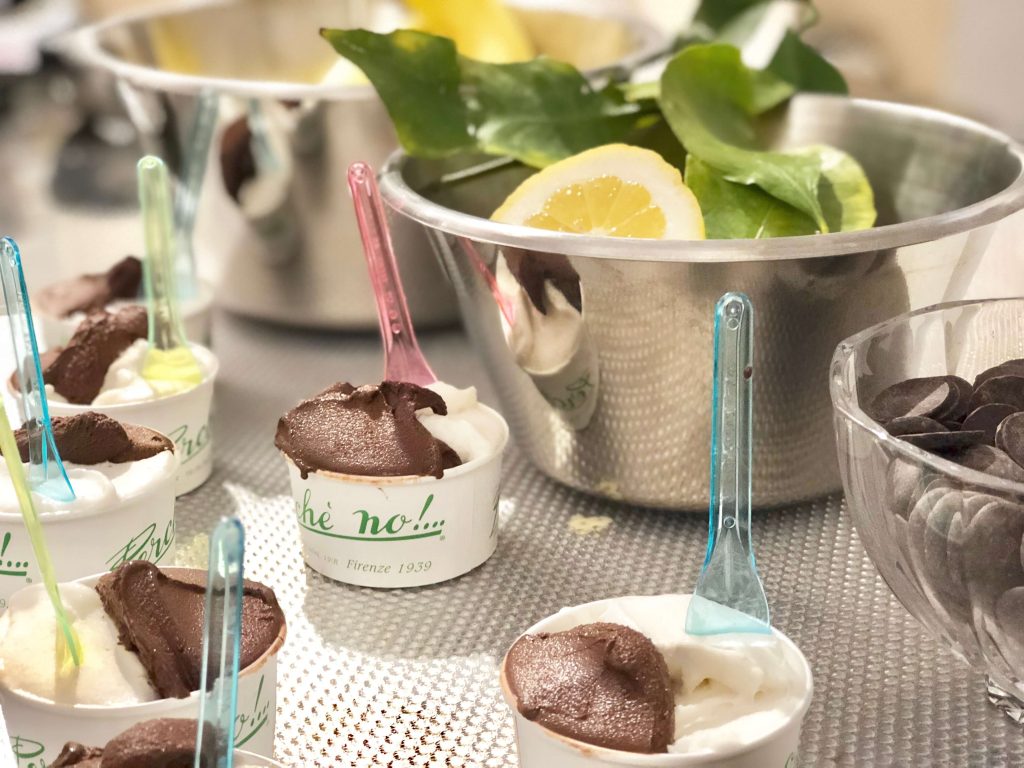 This was a tour I was luckily enough to be able to take part in. I think the world gelato sold it to me (and I know it would for my daughters too!)

Led by the lovely tour guide Raffaela, we first visited a local food market in Florence. The normal one for the tour was closed during our visit, but LivItaly knew this in advance an organised an alternative. This market was on the south side of the Arno River  – a little of the tourist beaten track. This is the kind of thing that appeals to me. We were given a snapshot into daily Italian life as we walked along experiencing the scents, sounds and sights. Seeing the fresh produce laid out and presented along with traditional methods for weaving  baskets and making chairs – gave a glimpse into old traditions which still continue today. The handmade toys, local honey  would make perfect gifts too!

After a small rest and coffee/tea in a local cafe we walked to gelato making class next to appease our tastebuds! Even along the way, Raffela would point out places of interest. 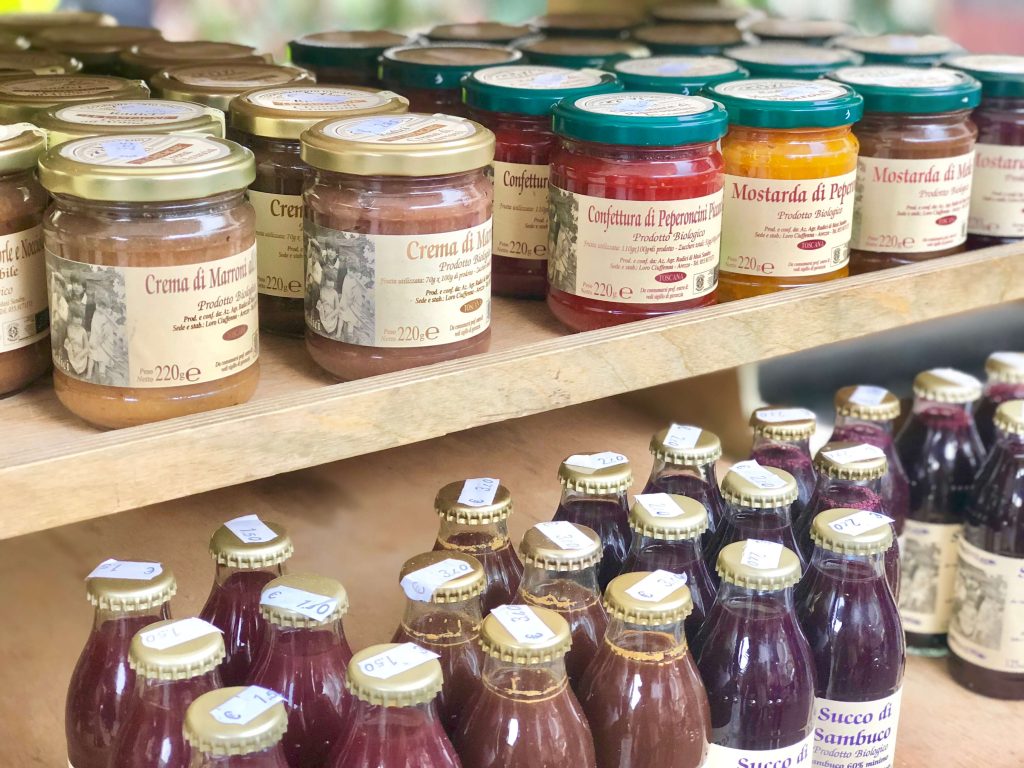 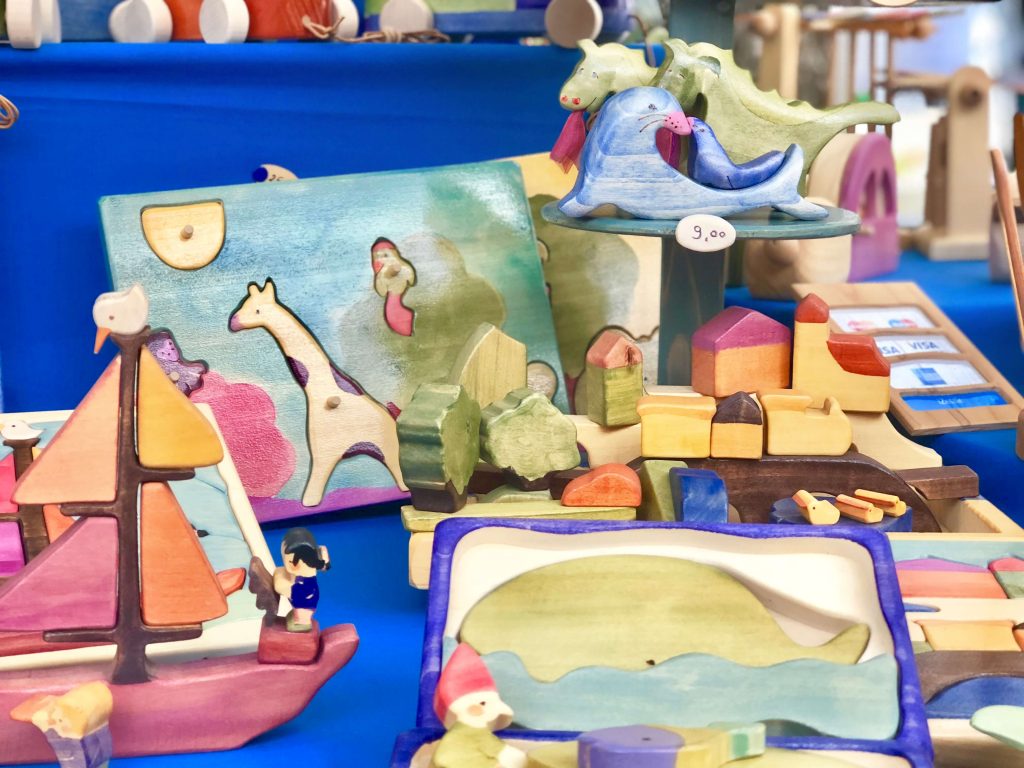 The Gelato Making Class is every kids dream come true! Perchè no! should be on your list of places to visit in Florence! We met with an expert gelato maker who has been in the industry for generations! Perchè no!  opened in 1939, and is one of the oldest gelaterias around. 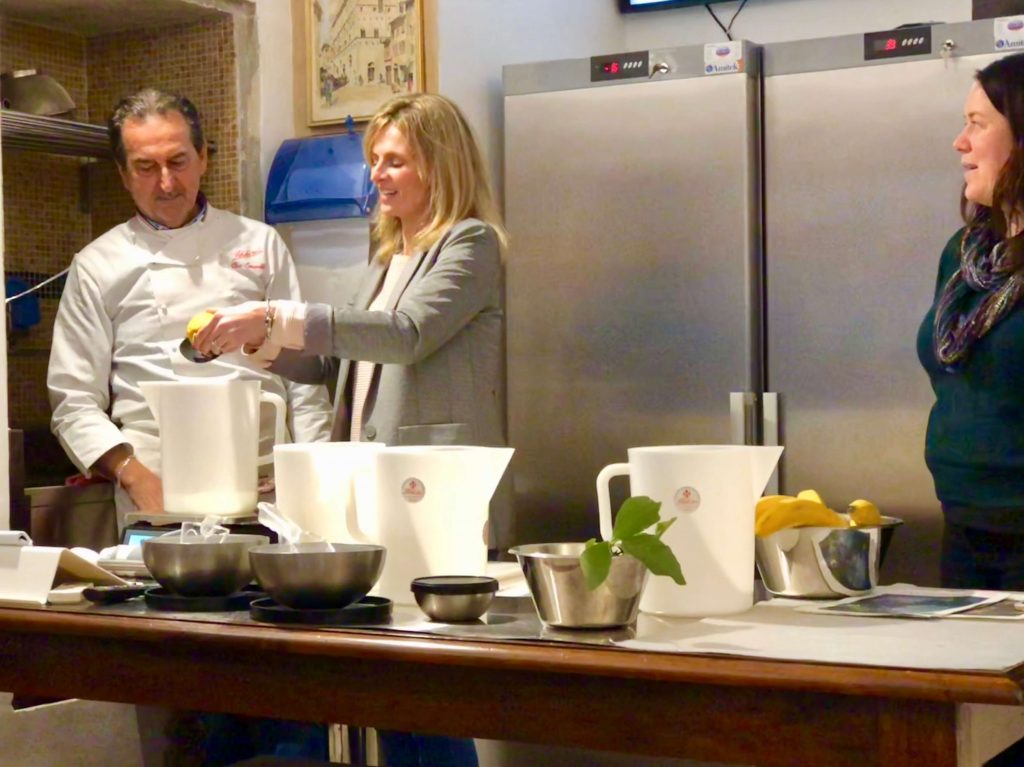 The highlight of this tour (apart from the tasting obviously!) is being hands on making gelato with simple fresh seasonal ingredients. After an explanation of the differences between gelato and ice cream, members of the group had the opportunity to help make their own.  The owner, Ciro Cammilli was so knowledgable and clearly takes pride in his award winning gelato!

After some weighing, measuring and mixing we couldn’t wait for the tasting! We ended up trying 4 different types strawberry, pistachio, banana and chocolate. Pistachio was my favourite, and strawberry a close second!

An interesting tour which begins at a local market and ends making delicious gelato. Great fun for any kid who loves ice cream. With a guide who will adapt the tour to you and your family. 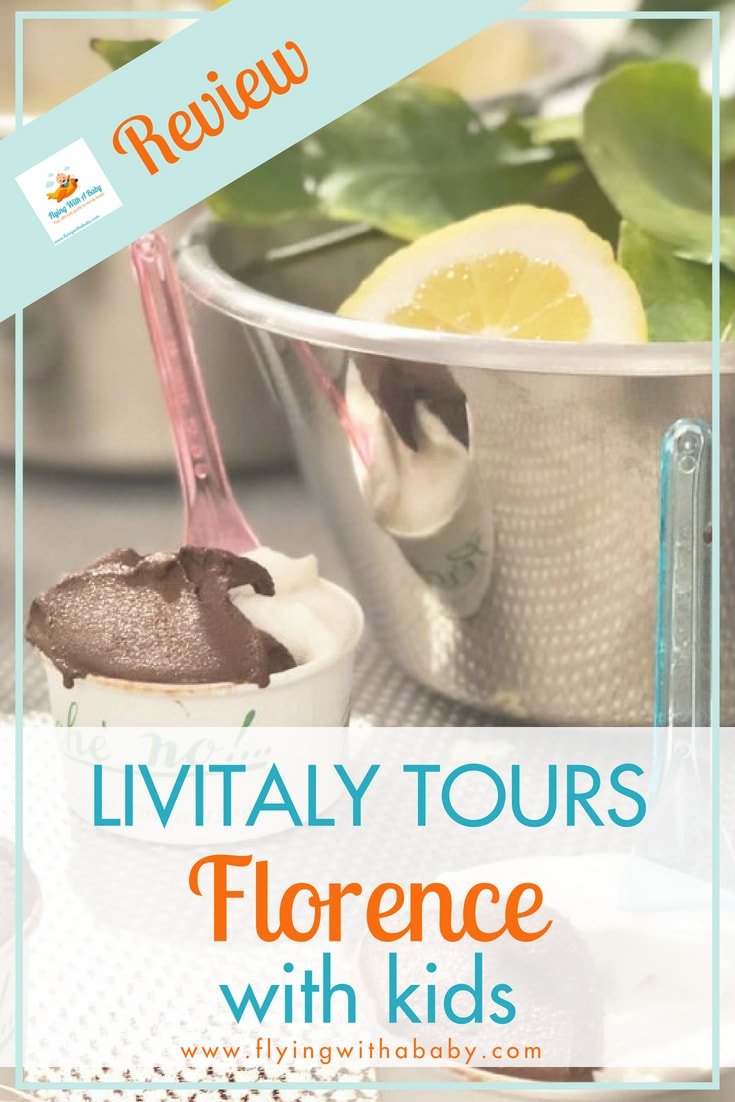 Uffizi tour with kids - a day in Florence, Italy - mummytravels